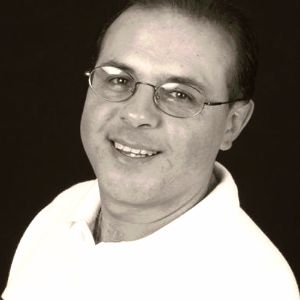 Adherbal “Herb” De Souza, R.N., B.A. Ed., MEP-C, WHNP-c, carries with him over 18 years of experience in the healthcare field – more than 9 of those years specializing in medical aesthetics.

Herb attended UFJF (Universidade Federal de Juiz de Fora) and Faculdade Ibero Americana in Brazil where he received his undergraduate certificate in Chemistry and degree in Education (ESL) and Translation-Interpretation. He has instructed in public, private and foreign language institutes in Brazil and the United States of America.

Upon moving to the United States, Herb attended North Idaho College where he received his A.D.N. in 1992.

Prior to his focus on aesthetics, Herb worked in several area hospitals ICU’s, home health care and infusion companies. In early 2001 he was trained in Botox® and Dysport®, Sclerotherapy, and medical esthetics by the Eclectic Skin Institute, LLC. He later expanded his aesthetic services by receiving certification in dermal fillers and volumizers, mesotherapy/lipodissolve, carboxitherapy, microdermabrasion and advanced skin care therapies with the Esthetic Skin Institute, LLC. He also provides skin rejuvenation and hair removal services with the most current laser and IPL procedures.

In addition to providing medical spa services, Herb, since 2003, is a member of the faculty for the Esthetic Skin Institute, LLC, one of the most sought out training institutions for medical esthetics in the United States.

In his never ending pursuit for self-improvement, Herb was recently accepted to the University of South Alabama’s Masters in Nursing Program with a focus on Women’s Health. Later Herb plans to continue with his doctoral degree in nursing.

Herb is a member of the Intravenous Nurse Society (INS) and was chairman of the Houston chapter in 1997; Houston Interpreters Translations Association (HITA); Society for Clinical and Medical Hair Removal (SCMHR) and is on the board of directors for the southeast region of the American Academy of Medical Esthetic Professionals (AAMEP).